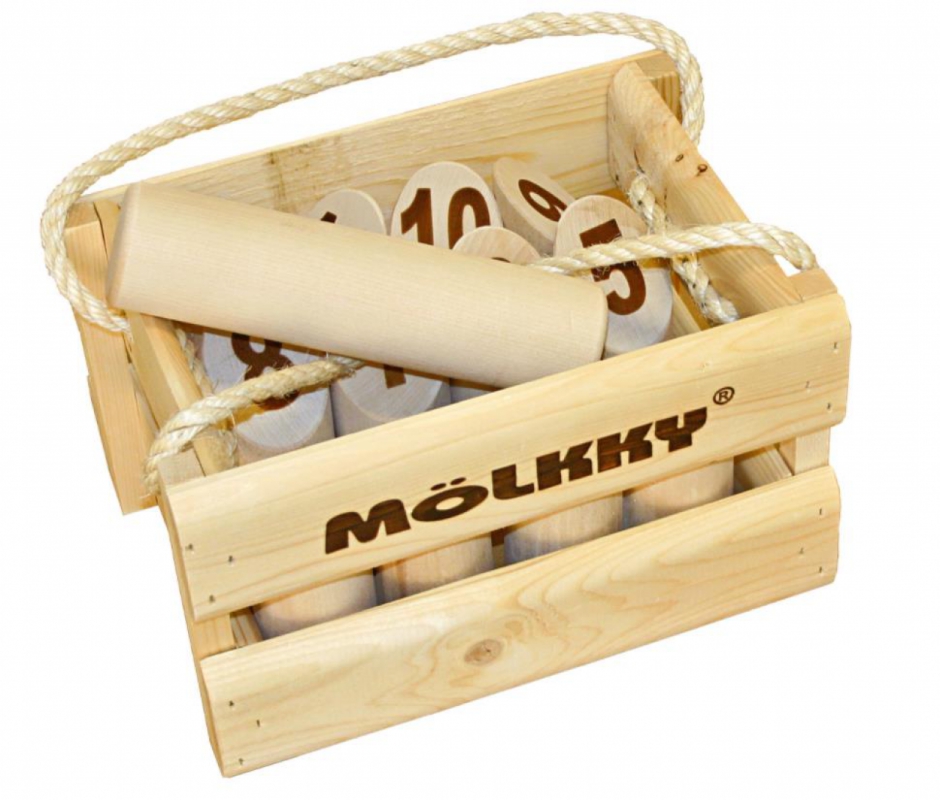 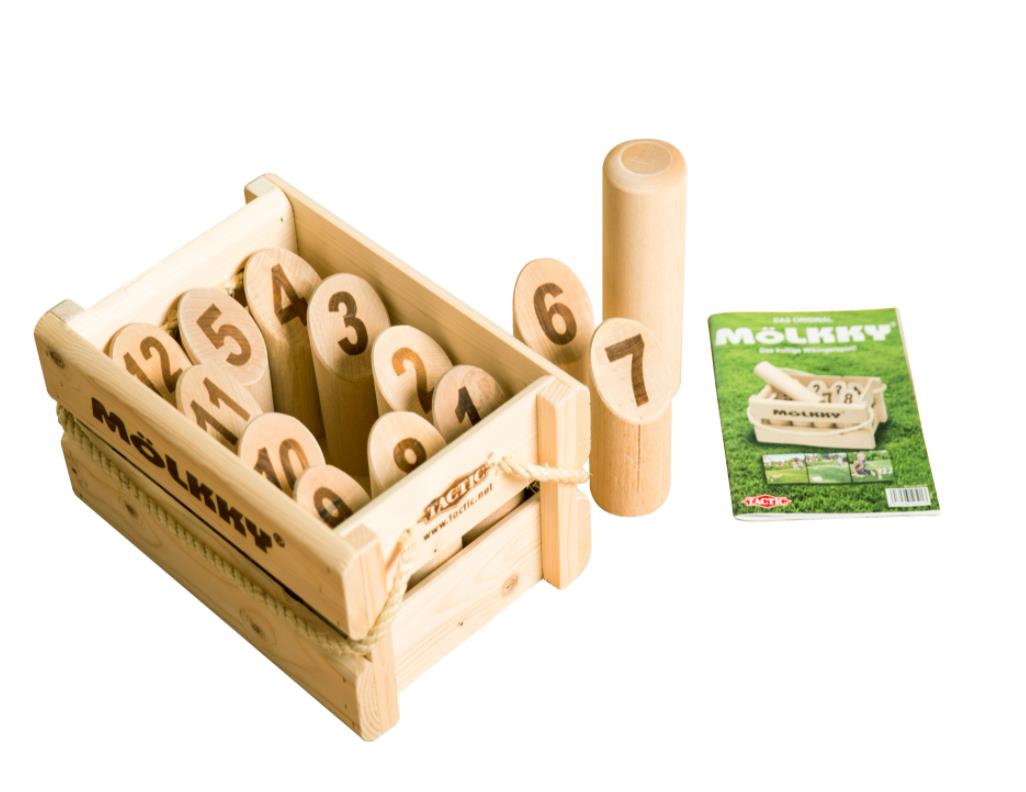 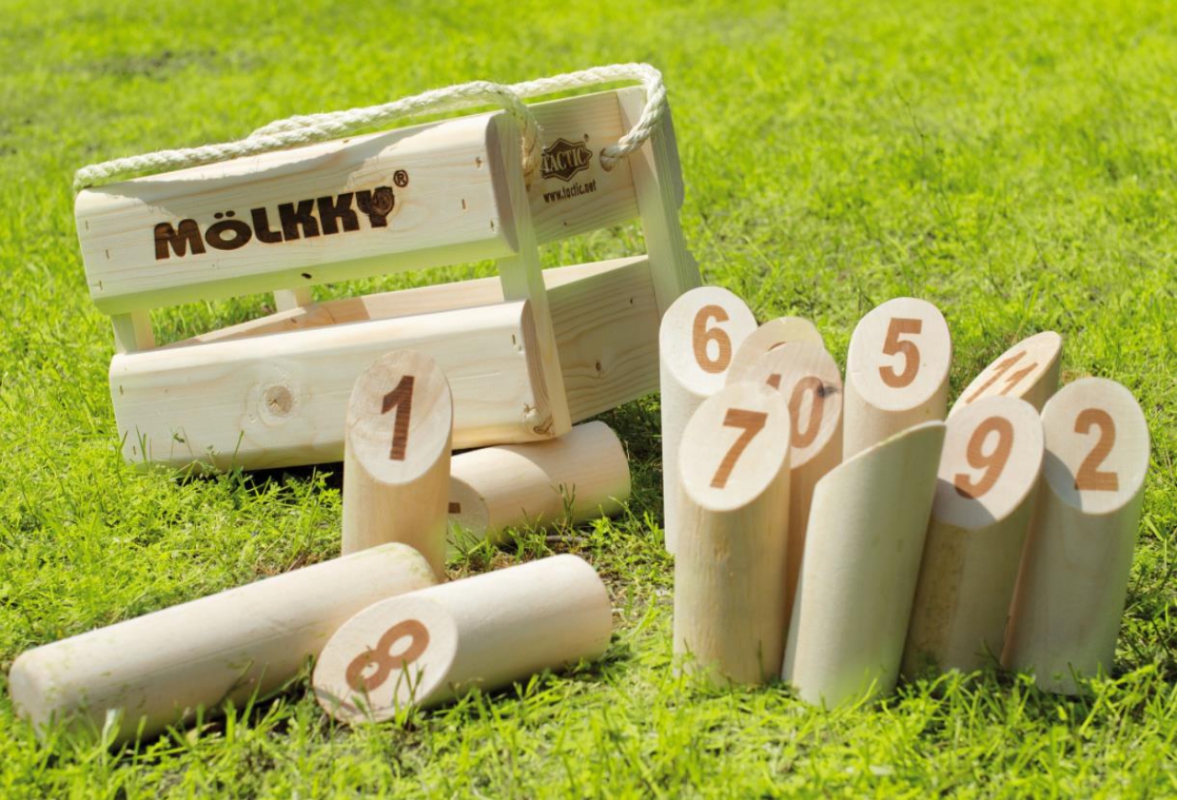 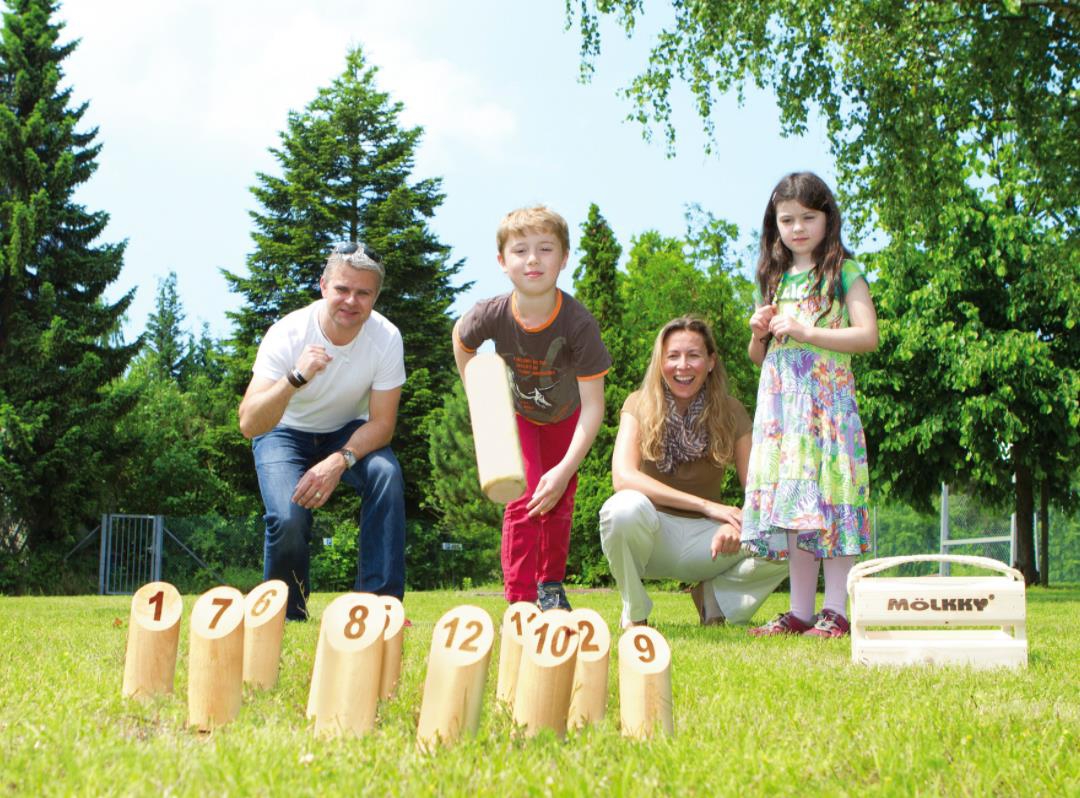 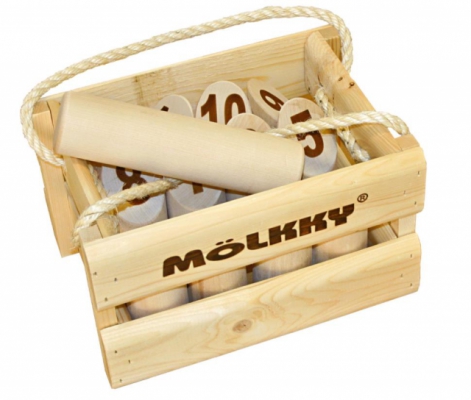 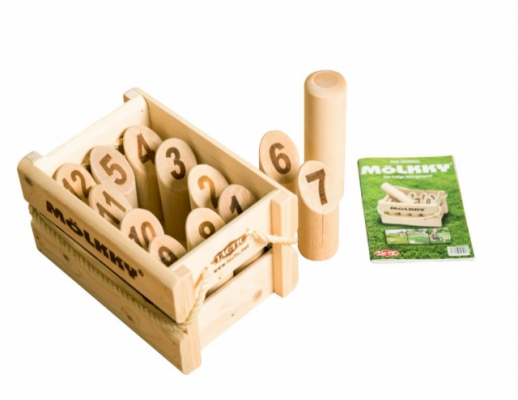 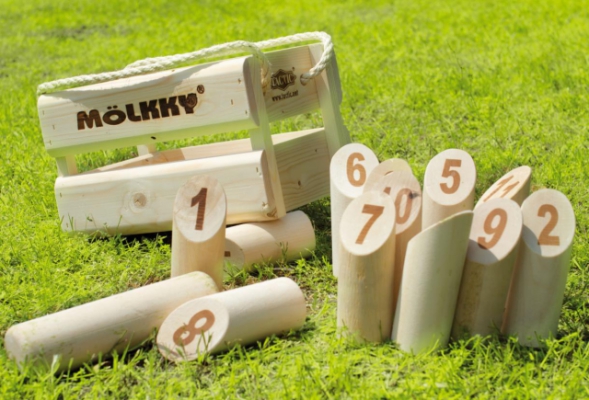 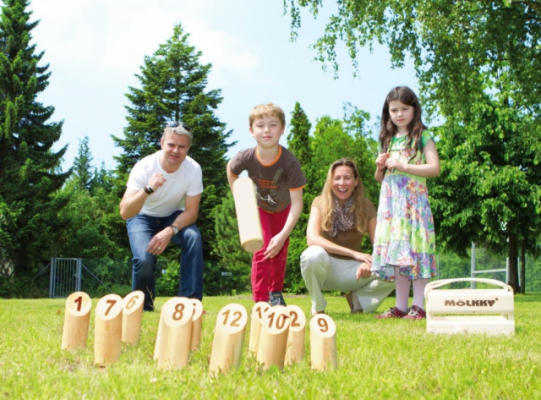 Mölkky is the new trend from the TV. These iconic "Viking skittles" from Finland require throwing skills, tactics and luck and are suitable for all age groups. Great fun for the whole family – from nursery children to grandparents!
Mölkky – the original! – as seen on TV
Iconic game from Finland – also known as "Viking skittles"
Very high quality: untreated wood from sustainable forestry
Fun game with simple rules – for all age groups
Requires throwing skills, tactics and a little bit of luck

Those who like Kubb will love Mölkky!
Traditional Scandinavian wooden games have been enjoying growing popularity in Germany for a while now. Following Kubb, this new Nordic outdoor game has come onto the market – the exciting "Mölkky" Viking skittles. The game consists of twelve angled wooden skittles numbered from one to twelve, one cylindrical Mölkky throwing pin, a set of playing instructions including a scoring pad and a wooden crate with rope straps for storage and transportation. The playing parts and the crate are handmade from untreated Finnish pine from sustainable forestry. The game is particularly suitable for outdoors and can be played on any reasonably even and solid ground surface. With the appropriate shock-absorbing ground cover, Mölkky can also be played in sufficiently big indoor areas. Anyone over 5 years old can play – no specific sports skills or strength are required. Theoretically, the number of players is unlimited; we recommend between two and six.

Exciting right up until the last throw
The Mölkky playing rules are easy to understand and ensure excitement right up until the last minute. The aim of the game is to reach exactly 50 points. Players alternately aim the throwing pin at the skittles from around three to four metres to try and knock them over. At the beginning of the game, the rounded wooden skittles are set up compactly in a certain formation to form a triangle. Each player has only one throw each round. If a player does not hit any skittles in three successive rounds, they are eliminated and become the "points scorer". There are two ways to score points: when only one skittle is knocked over, the number on this skittle (for example, 11) is scored. When more than one skittle is knocked over, the number of the knocked-over skittles is the score. Only skittles that have been completely knocked over are counted. The skittles are re-erected again exactly where they landed, hence the widening of the playing area throughout the course of the game. The cylindrical shape of the throwing pin creates an additional challenge – if it touches the ground, the following flight path becomes unpredictable. If a player exceeds 50 points, their score is lowered back down to 25. The nearer a player's score is to 50, the more important the choice of skittle becomes.

In the garden, park, on grass or in sports halls – experience this Finnish skill game for excitement right up until the last second: Mölkky!